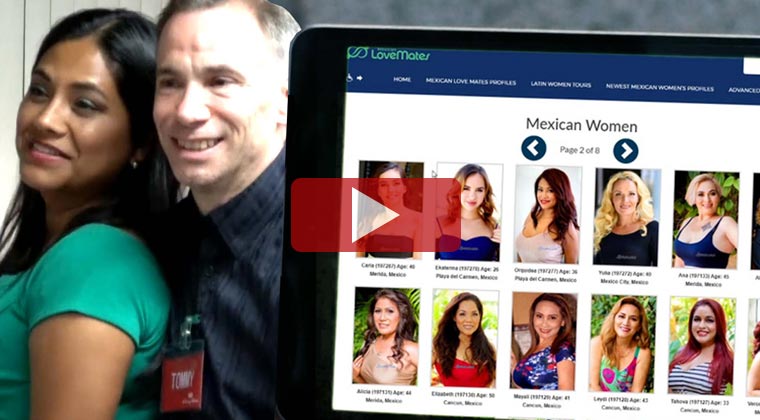 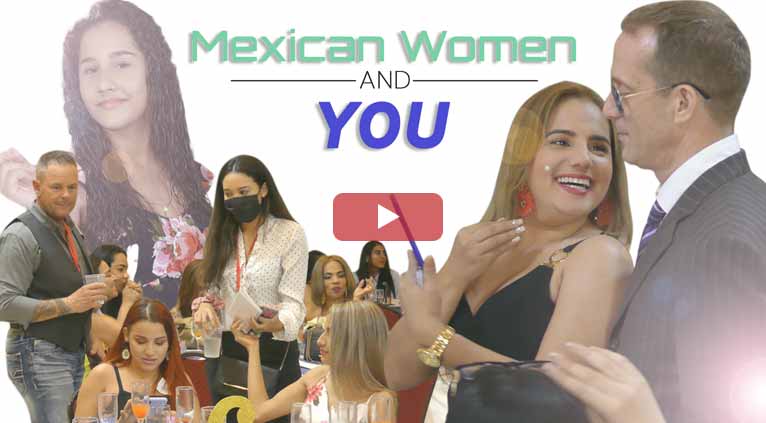 Newest, beautiful, single women now added for week of Wednesday, 30 November, 2022 - Tuesday, 6 December, 2022
Your opportunities here are truly worldwide. Explore our site deeply to see how you can realize that!

Learn more about the Mexican marriage culture and why you should marry one from Mexico.

Mexico’s population has a huge portion of Roman Catholics, which is a result of Spanish influence. Their wedding traditions and customs mainly rooted in their religious beliefs and practices. There are two types of marriages in Mexico: religious and civil union. While the former is accepted for legal documents, Mexican society does not revere it in a way it does for the church weddings. For instance, couples who have bought a home for two and wed in civil courts may still be prohibited by the families of both sides to live together unless their matrimony is held in the church. Mexico’s marriage culture puts a great emphasis on huge church weddings that the civil way of tying the knot is understated.

Arranged marriages do not exist in the country. Single women and men have all the freedom to find their life partners. Typically, they begin to date under supervised circumstances, and as their culture and traditions have started it, men usually give the women who they eye as their future brides a silver-made promise ring that symbolizes their sincerity for marriage, which are worn prior to the engagement to express their serious pursuit of the relationship.

Love almost always undermines the cultural value of marriage. Men and women meet, date, and decide to marry out of love. Wedding traditions vary from city to city and from family to family. However, generally, in the case of traditional religious matrimony, there are some of the most important aspects of the Mexican marriage culture.

The Mexican bride gets to choose her wedding day’s theme color. The color scheme will be incorporated into the flowers, paper decorations, up to the wedding cakes. The bride’s color choice will appear all over the ceremony, even placed along the pews and the bridal path.

The Spanish left a huge influence on the Mexicans. Their traditional clothing isn’t an exemption. The bride’s traditional wedding clothing includes a slim dress, mantilla veil, bolero jacket, or even a Flamenco-style dress with ruffles at the hem. The bride will also have to wear a light blue slip under her dress and carry a fan instead of flowers. On the other hand, the groom’s choice of clothing range from a matador’s outfit of a bolero jacket with tight-fitting pants to a traditional Mexican wedding shirt made of linen along with loose, drawstring pants.

The groom gives the bride 13 gold coins called “arras”. A Roman tradition of breaking a piece of gold or silver, half the number of the coins are kept by both couples. Thirteen gold coins represent Christ and the twelve apostles. This serves as the “dowry price”, and at the same time, symbolizes the compromise of the union. Furthermore, this also figuratively declares the groom’s trust in his finances toward his bride. When the bride accepts the gift, she promises to take this trust with care and prudence. The gift is presented in an ornate box or gift tray, which represents good wishes for prosperity.

During the exchange of vows between the bride and the groom, the minister covers the couple with a lasso around their shoulders, a thing made of rosary beads and flowers shaped in figure eight. As the lasso is shaped in eight, it symbolizes infinity, that is, everlasting love and unity. Overall, it speaks blessings to the couple so they can stay till death sets them apart.

Mexicans have long since adopted this wedding dance that originally came from Europe. The dance involves the men “paying’ to dance with the bride during the reception. Understandably, this is the guests’ way to shower the couple with a generous monetary gift, which the latter will then use to establish their new home together or to pay for their honeymoon experience.

Spicy rice, pork, chicken, tortillas, and beans are just a few of the traditional cuisines during Mexican weddings. The wedding cake is traditionally soaked in rum and baked with nuts and dried fruit. Mexican wedding cookies are pecan or almond cookies that are rolled in sugar. A candy-filled pinata in the shape of a heart is usually provided for children at the reception.

This is the continuous celebration after the reception and may take place on the same night or the following day. The purpose of this gathering is for the couple’s families and close friends to have an intimate bond with each other. It can also help to include others in the wedding celebration, especially those that come from far away.

Why Marry a Mexican Woman

Mexican women possess highly-prized features and vibrant personalities at the same time. With diverse beauty, you can choose just the right kind of woman that suits you best.

Now that you know about their marriage culture, why not try dating one and signing up for our services? Or if you already are dating one and are considering taking your relationship further, choosing her as your life partner is one of the best yet life-changing decisions you can ever make.


Newest, beautiful, single women now added for week of Wednesday, 30 November, 2022 - Tuesday, 6 December, 2022
You have to meet the women to marry them! What other international dating site offers you numerous opportunities to do that?